A highly experienced senior manager, learning professional and strategic thinker, Rob Hendy is passionate about developing people and helping them realise their potential. 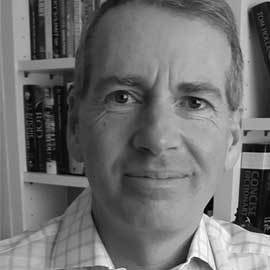 He is an extremely competent coach, facilitator, consultant and coach who is determined and enthusiastic about driving effective change.

Rob is highly motivated by being able to make a difference and subsequently able to influence, and build relationships with, colleagues at all levels of a business.

Rob has over 30 year’s experience of working in customer led, people focused businesses. He first became interested in training and development whilst working in the hotel and catering business, where it became clear that he had a flair for working with groups and individuals, sharing knowledge and helping them improve their performance.

Following 8 years in hotel and contract catering management, Rob took a career move that resulted in recognition as an innovative and effective HR professional.

Rob spent 14 years working for the Anglia Co-operative Society, one of the UK’s largest retail Co-ops. His final position there was as Human Resources Executive. This position gave him overall responsibility for all HR functions and also meant that he was a key member of the Society’s Executive Management team, allowing him the opportunity to develop both HR and organisational strategy – something that he is still passionate about.

Rob therefore knows from first- hand experience what it’s like to operate around the boardroom table, using a coaching style of leadership, underpinned by effective support and challenge.

A confident executive coach, dynamic presenter and skilled facilitator, Rob thrives on working with groups, small or large. He regularly works with senior management teams in blue chip organisations, both here in the UK and overseas, in industries and businesses as diverse as banking, pharmaceuticals, local authorities, manufacturing and sport.

Someone who especially loves the challenge of working with an international audience, Rob has been described by his clients as someone with great integrity and professionalism, with a focus on adding real and tangible value. He has also been described as authentic, charismatic and pragmatic, as well as ethical and client driven.